A Guide to Common and Notable Species 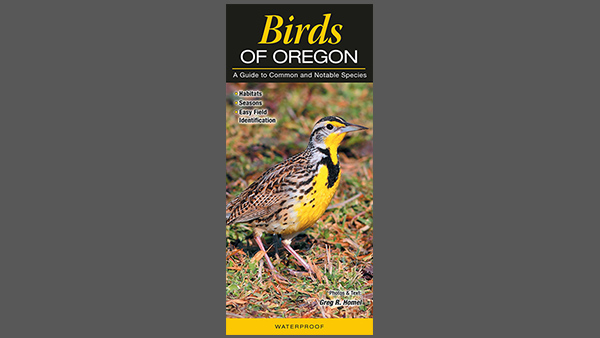 Whether you’re seeking flurries of waterfowl and the greatest winter concentration of Bald Eagles in the Lower 48 States at the Klamath Basin; forest birds, puffins, gulls, terns and shorebirds along the state’s scenic and forested Pacific coastline; montane species atop the lofty snow-clad peaks of the Cascade Range that divides Oregon; raptors and grouse of the rain shadowed sagebrush flats of the dry east; shore birding hotspots such as Tillamook spit near Tillamook; the famous spring “migrant traps” at Malheur National Wildlife Refuge in the southeastern Great Basin; or on a business trip to Portland, Eugene, Kennewick, and points between, you’ll be glad to have this booklet, which includes 127 species.

Natural Encounters is devoted to bringing you to the best the birds of the world have to offer. ornithologist and naturalist Greg R. Homel can get you there–and get the birds into your sights.